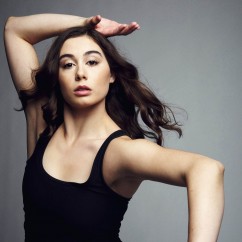 Sophie Allen is a Chicago-based dance artist and arts administrator. She pushes gender, playfulness and absurdity to the forefront of her creative work and is fascinated by acts of subversion, confrontation, confession and concealment in performance—specifically for the purpose of reimagining personal and collective histories. Sophie holds a dual degree from the University of Michigan, where she earned her BFA in Dance and BA in Philosophy, Politics and Economics (PPE). Her recent projects include: 2021 Artist-in-Residence with the Going Dutch Festival, production assistant for Jennifer Harge and dramaturg for Mira Göksel. Sophie is honored and excited to deepen her engagement with the field as a critical dance writing fellow with See Chicago Dance. 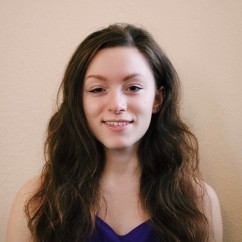 Angelina DiFranco, dancer, writer, and budding choreographer, is a current undergraduate honors student at Kent State University double majoring in Dance and English with a concentration in Professional Writing. While she began training in Ballet technique at two years old with diapers under her leotard, exposure to Horton, Limón, Graham, and the rebellious essence that pervades the foundation of Modern dance has skyrocketed her infatuation with Modern techniques. A published poet through Brainchild and Luna Negra, Angelina is thrilled by the ability to integrate her passion for performance and literary arts, as she has utilized her poetic compositions to inform her choreography. A steadfast confidence in art’s pivotal power to heal and transform has shaped her desire to perform alongside a professional dance company while pursuing a career as a dance writer and postmodern choreographer upon graduation. 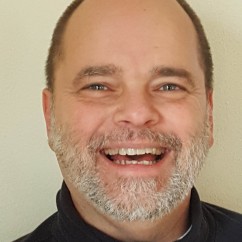 Dr. David S. Knowlton grew up in the world of marching bands, winter guards, and drum and bugle corps.  Over the past thirty-five years, he has worked in eight states as a marching band show designer, choreographer, music arranger, artist-in-residence, and clinician for schools, universities, dance companies, and non-profits. He travels nationally to serve as juror and adjudicator of pageantry arts events.  Since 2016, he has served as Program Director for the Briarcrest High School Outdoor Performance Ensemble (Eads, TN).  Dr. Knowlton is co-host of The Learning Vibes Podcast (www.learningvibespodcast.weebly.com); Vice President of the Board of Directors at The Jacoby Arts Center, Alton, Illinois (www.jacobyartscenter.org); and professor of education at Southern Illinois University Edwardsville, where he researches and teaches in areas related to Educational Psychology, Design Thinking, and Creativity Theory.  In all his efforts, Dr. Knowlton passionately advocates for the transformative power of creativity, the arts, and self-directed learning.   Learn more:  www.siue.edu/~dknowlt 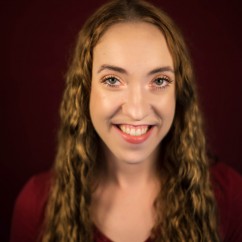 Carmen Gorsuch is a Senior BFA Dance Major at Ball State University where she trains in ballet, modern, jazz, tap, musical theatre, hip hop, and West African dance forms. She has performed works by Martha Graham, Sidra Bell, Audra Sokol, Susan Koper, Melanie Swihart, among others. Carmen has performed in the Martha Graham University Partners Showcase at The Joyce Theater (2019) and in numerous performances at Ball State University. She has most recently presented her own choreography in Ball State’s Traversing: A Collection of Movement Projects. Carmen is currently a grant writing intern with Screen Dance International as well as a research and writing assistant at Ball State University. Carmen is curious about how the intersections of writing and dance can transversely inform one another. She aims to perform in the concert setting post-graduation as well as pursue dance writing and research. 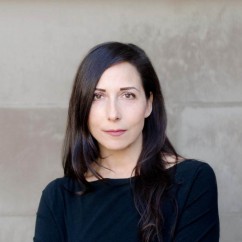 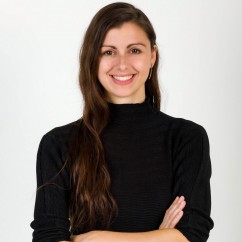 Jen Passios is an artist-athlete, wordsmith, and dance educator powered by improvisation. Over the past 7 years, Jen has performed throughout the United States enlivening spaces from stages to sand dunes. She made her on screen debut in 2019 as a principal dancer in the feature length film “Little Women” (Columbia Pictures) and recently completed a 10 month long DIY dance road trip alongside CoGRAVITY counterpart Jacob Regan. When she isn’t dancing, Jen spends much of her time with an espresso in one hand, and a pen in the other. Her musings can be found at thINKingDANCE, on her personal blog FIELD NOTES, in the Instagram ether via her crowdsourced poetry project #AllRequestTuesday, and under the eyes of grant evaluators across 6 time zones. She enjoys using her voice in service of artistic advocacy with a particular focus on leadership pathways for women and girls. 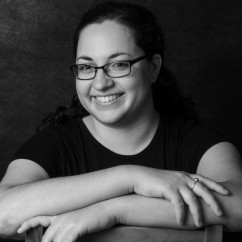 Morgan Rondinelli is an MFA student at Western Connecticut State University, with focuses on creative nonfiction and science writing. Much of her previous writing has centered around mental health on her blog, My OCD Voice (myocdvoice.com), and as a super contributor for the health and disability publication, The Mighty. She is also the co-founder of the mental health nonprofit, Not Alone Notes (notalonenotes.org), which mails encouraging, handwritten notes around the world. In her free time, Morgan performs in shows and choreographs for Community Players Theatre in Bloomington-Normal. As a lifelong dancer, she looks forward to writing more about dance and the arts. 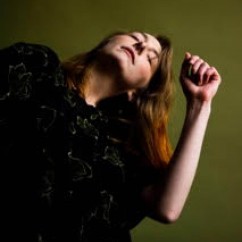 Rachel Schmidt received her BFA in dance from Jordan College of the Arts at Butler University.  Upon graduating, she moved to San Francisco, California where she danced as a trainee with Alonzo King’s LINES Ballet and dawsondancesf, directed by Gregory Dawson.  She has performed in works by Alonzo King, Sidra Bell, David Harvey, Maurya Kerr, Erik Wagner, Susan McGuire, and emerging choreographers as part of Dance Lab New York’s Alchemy Lab Cycle which was shown at the Guggenheim Museum.  She is currently a freelance dancer based in New York City. 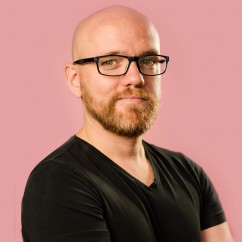 Joel Solari is an independent contractor based out of Colorado where he currently serves as the PR manager for the Vail Dance Festival. With nearly two decades of experience in the performing arts sectors across Chicago and New York City, he has developed a specialty in arts marketing and communications. Previous work experiences include the Wirtz Center at Northwestern University, Giordano Dance, Chicago Dance Crash, BRIC Arts, Tribeca Performing Arts Center, and Actors’ Equity Association. Recent client partnerships include Chicago Gay Men’s Chorus, Links Hall, 3C Theatre Partners, and Inaside Dance. In 2008, Joel was awarded the prestigious Arts Management Fellowship at the John F. Kennedy Center for the Performing Arts in Washington D.C. Originally from Branson, Missouri, he received a BA in Visual Art and Performance Studies from Missouri State University (2004) and a master’s in Arts and Cultural Management from Pratt Institute in New York (2006). 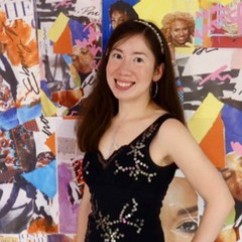 Ami Watanabe is a poet, blogger, and visual artist from Chicago, IL. She attended South Suburban College, Purdue University and Governor’s State University.  She won the Scriblarean Best Poem Contest, and was Second Place Winner of the Sigrid Stark Undergraduate Poetry.. Her poems and articles have appeared in the Scribblarean, the Pond, The Calumet Press, and the Southeast Observer. Her photography has appeared in the Chicago Star and Performance Response Journal. Check her blog out at www.diamondlifeadventures.com 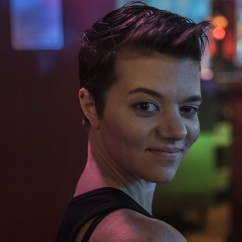 Jean Wildest (they/he) is a nonbinary choreographer and performance artist based in Chicago. They work across multiple disciplines, including dance, physical theater, and circus. Notable credits include performance with Bad Taste Chicago, Modet Dance Collective, Movement Revolution Dance Crew, Links Hall's THAW, Chicago Architectural Biennial, House with a Door, and Radical Dress Society. Jean is best known for their burlesque work under stage name Jean Wildest. They started performing burlesque in Chicago in 2014, and began to tour nationally as a soloist in 2018. Jean choreographed four full length burlesque shows, including PS...Burlesque's Dorothy Does Oz, for which they were nominated in The Chicago Reader as Best Choreographer of 2019. Jean is invested in connecting the dots between various disciplines, performers, and venues while bringing visibility to artists that are often overlooked. In their writing they hope to expand Chicago's understanding of how performance impacts the lives of both audiences and artists.