The editor and writers at See Chicago Dance (SCD) strive to present fair and equitable coverage of Chicago’s multifaceted dance community. The only requirement for consideration for reviews and previews is that a production must be entered by the producing artists/company on the SCD calendar, a free service. Artists needn't be SCD members, purchase advertisements or use SCD services to be eligible for coverage by our critics. Decisions about the month ahead begin on or before the 10th, so it highly recommended you post your events at least 4-6 weeks ahead. Editorial assignments are made at the discretion of the editor and according to budgetary restrictions. Coverage is not guaranteed.

Features, previews and reviews seek to offer commentary on companies and venues of various disciplines, organizational sizes, neighborhoods and cultural backgrounds. The editor shall ensure balance and fairness in assignments, and in the tone and quality of publicized materials, with the goal of educating, informing and inspiring our readers.

See Chicago Dance adheres to journalistic ethical standards of practice similar to those of any other news outlet. The editor and writers function independently from SCD organizational programs, maintaining curatorial and financial separation from executive staff and the board of directors.

Please send all editorial inquiries to Lauren Warnecke at: editor@seechicagodance.com. Lauren Warnecke is a freelance writer and editor, focused on dance and cultural criticism in Chicago and across the Midwest. Lauren is also the dance critic for the Chicago Tribune and founder/editor of Art Intercepts, with bylines in Chicago Magazine, Milwaukee Magazine, St. Louis Magazine and Dance Media publications, among others. Holding degrees in dance and kinesiology, Lauren is an instructor of dance and exercise science at Loyola University Chicago. 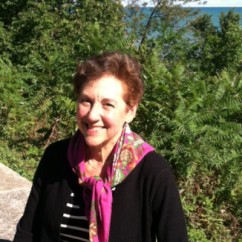 Lynn Shapiro is a freelance writer and visual artist. Her reviews and feature stories have appeared in Dance Magazine, Dance Teacher Magazine, DanceTabs and Dance International. Her plays have been produced by CBS TV, as well as by regional theatre companies throughout the U.S. and Canada.  Lynn has taught Fiction Writing at Columbia College, Movement for Actors at The Theatre School, DePaul University, and Dance at Barat College and The Latin School of Chicago. She has been an Artist In Residence with the Illinois Arts Council and The Chicago Board of Jewish Education. She has directed and choreographed for Piven Theatre Workshop, Famous Door Theatre, Goodman Children's Theatre, Light Opera Works, Opera Midwest, and Metropolis Performing Arts Center. She has also written and directed productions for corporate training through theater. In New York City where she danced professionally, Lynn attended The Martha Graham School and Juilliard. She received a BA in English Literature from the University of Illinois, and an MFA/MA in Fiction Writing and The Teaching of Creative Writing from Columbia College.  Her fiction and poetry have been published in Midstream Magazine, The Jewish Women's Literary Annual, The Chicago Jewish News, East On Central, Realize Magazine, and Pioneer Press.  Lynn was the editor of See Chicago Dance from 2013-2018. 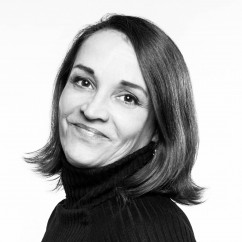 Vicki Crain has been involved in dance as a student, performer, teacher and dance writer for over 30 years. She holds a BA in English from University of Illinois (Springfield) and has interviewed notable artists such as Lar Lubovitch, Nacho Duato, Ann Reinking and Twyla Tharp. As a freelance writer, she wrote a monthly culture feature for Front Desk Chicago as well as the Chicago-based dance blog Rogue Ballerina (est. 2009). Her writing has also been seen in Dance Magazine, Time Out Chicago, Windy City Times and CS Magazine among other publications. She is currently the Marketing Manager for The Joffrey Ballet and recently published her first children's book, The Furry Princess. Vicki was the editor of See Chicago Dance from 2012-2013. Jordan Kunkel is a Chicago-based dance artist, journalist and choreographer who investigates issues of social justice through her work. She received her B.A. in Dance and Journalism from Loyola University Chicago in 2018. As a working professional, she combines her passions for dance, writing and multimedia to advocate for and promote the arts. A Chicago native, Emma Elsmo has been dancing since the mere age of two and has been writing for as long as she can remember. She began her formal dance training at the Academy of Movement and Music in Oak Park, Illinois, and was fortunate enough to spend summers training with both Hubbard Street Dance Chicago and Deeply Rooted Dance Theater. Elsmo graduated in May 2019 with a Bachelor of Fine Arts concentrated in dance performance and choreography from Temple University in Philadelphia, PA. While there, she enjoyed dancing with a handful of amazing artists and writing for the Philadelphia Dance Journal. She looks forward to exploring the Chicago dance scene on a deeper level.