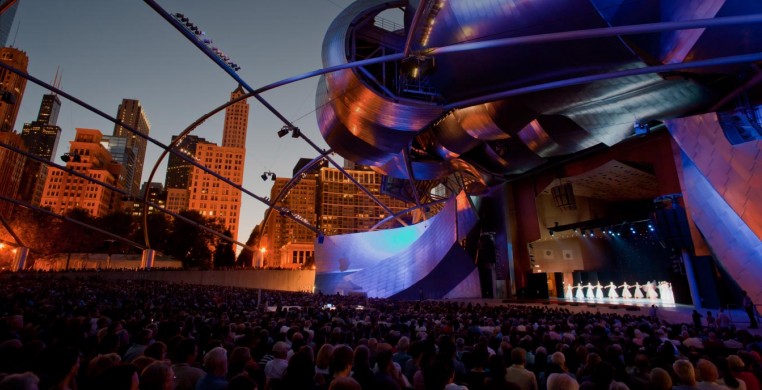 Chicago Dancing Festival
August is blooming with a lush garden of dance delights on Chicago stages across the city.

Rhythm World tops off its summer-long 25th anniversary celebration of tap and percussive dance with a gala benefit and JUBA!, two nights featuring stellar tappers from Chicago, North and South America, Europe, and Asia for a veritable love-in of tap solidarity. 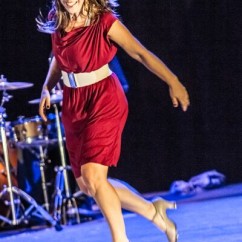 Rhythm World At the center of it all are founding artistic director Lane Alexander and the Chicago Human Rhythm Project (CHRP), which has led the national and international tap movement and been the visionary force behind the creation of the most vibrant percussive dance community in the world right here in Chicago.  Given the bi-cultural roots of tap dance—Irish and African—Alexander saw an opportunity here for social reconciliation across cultural and geographic boundaries.  In the year 2000, CHRP began performing half its concerts on the South Side at the South Shore Cultural Center, and half on the North Side, at the Museum of Contemporary Art, Northwestern, and Vittum Theatre. “After eight years,” Alexander said, “audiences started migrating” to venues outside their own neighborhoods.

Alexander began Rhythm World initially as a platform for tap artists, to help elevate the profile of tap dance regionally and nationally, and to create a replicable template. His meta mission was “to get people together and find affinity for each other through rhythm.”  Rhythm World has grown exponentially, becoming the oldest and largest annual festival of American tap and percussive dance in the world.

Today, a melting pot of cultures comprises both performers and audiences for JUBA!, the grand finale of Rhythm World at Edlis Neeson Theatre of The Museum of Contemporary Art (MCA), one of the co-sponsors of Rhythm World.

Tommy Tune is the honoree and guest artist of Thursday night’s Jubalee Gala Benefit at the MCA, where he will receive CHRP’s 25th anniversary JUBA! Award for Extraordinary Lifetime Achievement and perform his one-man show, “Taps, Tunes, and Tall Tales,” accompanied by his musical director, Michael Biagi.

“Dance For Life” lights up the Auditorium Theatre August 15th for its annual benefit for The Dancers’ Fund, providing financial assistance to dance community professionals dealing with critical health issues. In the past, The Dancers’ Fund has provided assistance to qualified applicants dealing with HIV/AIDS, leukemia, various forms of cancer, and traumatic injury. The fund will offer assistance in, but not limited to, the following areas: rent, utilities, insurance, medication and travel. 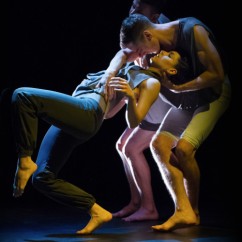 New this year for the ninth annual Chicago Dancing Festival is “Modern Women,” showcasing six women choreographers, three historic modern dance pioneers and three contemporary artists, at the Museum of Contemporary Art on Wednesday, August 26th. As they looked over previous Festival rosters, co-founder/producers Lar Lubovich and Jay Franke saw a preponderance of male choreographers and a real need to focus attention on the significant contributions of women to the art form.  The evening-length concert will feature Lori Belilove and The Isadora Duncan Dance Company in “Valse Brillante” by Duncan; The Martha Graham Dance Company in Graham’s “Deep Song,” and the 1896 film of Loie Fuller in “The Butterfly,” the first ever movie footage of a dance performance. Works by contemporary dance innovators Crystal Pyte, Pam Tanowitz, and Kate Weare represent the pioneering spirit into the 21st century.

The Harris Theater presents a second, completely different program Thursday, August 27th with the Festival-commissioned world premiere of Lane Alexander’s “In The Meantime,” performed by Chicago Human Rhythm Project with members of Ensemble Espanol and Triinity Irish Dance. Also on the program are The Joffrey Ballet in Stanton Welch’s “Maninyas,” the first ever Festival appearance of Miami City Ballet performing Balanchine’s “Allegro Brillante,” soloists from  American Ballet Theatre, and Hubbard Street Dance Chicago in “I Am Mister B,” by Gustavo Ramirez Sansano.

The Festival concludes on Saturday, August 29th in the outdoor Jay Pritzker Pavillion with a reprise of “In The Meantime,” 30 dancers of the Pittzburgh Ballet performing “Sandpaper Ballet” by Mark Morris, The Joffrey Ballet in Justin Peck’s “In Creases,” and Miami City Ballet in Twyla Tharp’s “Sweet Fields."

Watch out for flying toilet paper, Chicago! It's like the Red Hot Chili Peppers combined with Blue Man Group for kids on August 23rd, when Imagination Movers presents its program at North Shore Center for the Performing Arts.

August 28th, at Mayne Stage, Chicago Dance Crash continues to blur the line between art and entertainment with the city's most notorious dance battle. KTF matches competitive dance with the energy of late-night theatre and the spectacle of sports entertainment, featuring some of the city's most accomplished dancers battling it out for YOUR vote and the coveted KTF title belt!
Crash hosts a night of “summer lovin'” in honor of Grease, the film that was born to hand jive. Pink Ladies vs. T-Birds, a hickie from Kenickie, and a sock hop round are just a few surprises to help you shake off those beauty school dropout blues!

On August 30th, Ballet 5:8 will host its second annual Ballet 5:8 Season Preview Party at St.Paul’s Bible Church. This event is an exclusive opportunity to experience the creation process that takes place behind the scenes and makes Ballet 5:8’s performances possible.

For Tickets and performance details, go to seechicagodance.com and click on "Coming Events."