22nd annual JOMBA! festival archives the times in a genuine collaboration between film and dance

She claws at the empty air, attempting yet failing to pull herself out from the inside of the kitchen freezer. She kicks the bottom door of the fridge open, knees slowly swinging beneath the bar separating fridge and freezer compartments. The camera lingers here, slowly panning along her legs, pelvis and chest. Her face is no longer visible. She is a body dangling in a dark, confined corner of her home--at once a reminder of the most mundane spot I visit daily in quarantine (looking for sustenance and boredom snacks) and at the same time a vivid portrayal of something dark. She is experiencing a lockdown different from my own: cold, alone and imprisoned in her body, in her own home.

She is Jabu Siphika, performing in her own film “Ya Kutosha” (filmed by Gabriel Masango) that opened the 22nd annual (Digital) JOMBA! Contemporary Dance Experience, followed by eight other films from artists local to Durban and Pietermaritzburg, South Africa. This opening program, titled “Digital Edge: Intimacies of Isolation” was framed as a means of supporting independent artists, while archiving, discussing and reimagining life and dance performance amid the Covid-19 pandemic--in one of the most nuanced ways I’ve witnessed so far. The films premiered via YouTube Live Aug. 25 and are now available to view on the JOMBA! Website throughout the remainder of the festival.

What really made these works stand out was the evident genuine collaboration between choreographer and camera—with festival production manager Wesley Maherry and other outside videographers—who transported me into new worlds during a time when I’m barely leaving home. How could I not smile in Tegan Peacock’s “Ctrl - Alt - Delete,” when watching a folding ladder take on a personality of its own: inching across the screen through Jono Hornby’s stop-motion creation, then unfolding and flipping over itself forming a “C” over Peacock’s body as she rolls along the grass? Or be absorbed in intensity of the Kristi-Leigh Gresse and Matjamela Motloung’s black-and-white coloring of “Fellow” (choreographed and performed by Gresse), detailed enough so I could see the individual pores on Gresse’s cheek, the glisten of sweat on her shoulder and even the outline of the contact lens in her eye?

The JOMBA! festival also houses the Khuluma writing residency, a program that, by going virtual, involves writers from South Africa, the UK and the US—which is how I, a dance artist and writer from Chicago, have come to be in this online space, witnessing this work that both resonates deeply with me and lies in a new cultural framework.

Siphika’s take on domestic violence and rape framed the connection between the pandemic and gender-based violence in South Africa that was a common thread through Sifiso Khumalo’s “Walls,” a brief moment in Leagan Peffer’s “Kairos,” and more abstractly in Nomcebisi Moyikwa’s “U n g a n y a k u m.”

I was drawn to the stunning choreographic moments of Sandile Mkize’s “Time,” Tshediso Kabulu’s “Spaces Of Colour” and Zinhle Nzama’s “Shadow” which ignited memory within the body and intimate, familial relationships through rapid arm sequences, backs released toward the sky and rebounding twists to the ground.

In watching these films, I’m reminded of how important it is that artists document the experience of the global crisis, not only embodying the individual emotions we experience day-to-day, but recontextualizing the statistics and facts read in the news. This year’s JOMBA! is at once about honoring the legacy of art, while also defining work of the future. I’m thrilled to play a part in this discourse and witness the other works to come.

The nine dance films created for "Digital Edge: Intimicies in Isoloation" are viewable on the JOMBA! website and on YouTube through Sept. 6. 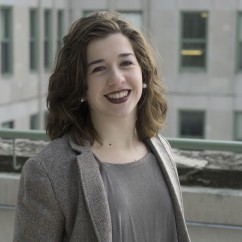 Fellow Jordan Kunkel is a Chicago-based dance artist, videographer, writer and choreographer who aims to build community and aid activism through her work. She received her B.A. in dance and journalism from Loyola University Chicago in 2018. As a working professional, she combines her passions for dance, writing and multimedia to advocate for and promote the arts.