After 42 years, Ida Velez is still the heart and soul of Le Ballet Petit

“Time flies,” Ida Velez said as we discussed her long career at Le Ballet Petit (LBP), a neighborhood dance studio in Ravenswood Manor. Founded in 1954 by ballerina Kitty LaPointe, LBP has overcome many challenges becoming the little studio-that-could. It is still chugging along, most recently adapting to the reality of virtual teaching (Velez is not a fan) and performing during a pandemic. This weekend you can watch the studio’s free live stream of the annual holiday favorite, “The Nutcracker.”

Velez took ballet as a little girl briefly after moving to the U.S. from Puerto Rico, but after the studio burned down, she stopped taking classes. She came back to dance later in life, starting adult classes at LBP at the age of 32, and she’s never stopped. She threw herself into studying dance and soon became an assistant to LaPointe, frequently serving as a "go-between" with the students. When LaPointe retired, Velez was the natural choice to succeed her. Velez reflects on her career with nothing but happy memories. “I have so many memories from being backstage, things the audience never saw,” she said. From a tiny mouse waving to her in the wings, to a boy marking counts on his fingers, it’s the little private moments she cherishes. 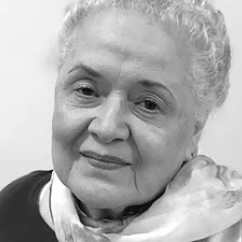 Ida Velez Velez relinquished the role of director prior to the 2016-2017 season. “It was a natural transition,” said Elizabeth Johnson, a long-time student and teacher with the school. “When Ida was ready, she recommended me. I had worked so closely with her it just felt natural.” Moving up through the ranks at LBP taught Johnson many things including how to quickly adjust to ever-changing circumstances. Last spring’s production of “Romeo and Juliet” had to be moved from April to July and ended up being recorded with no audience to follow COVID safety protocols. And now, “The Nutcracker” will be filmed live in a theater, but with no audience.

A constant at LBP, no matter who is in charge, is that it’s always about the students. One of those students is Jill Mark, who began dancing at age three. She lives across the street from LBP and followed her older sisters into ballet class. “It was just a given that we would go there. We were always dancing and we loved it.” Her first role in “The Nutcracker” was the little white mouse. Now a senior in high school and a teacher at LBP, she performs the coveted role of the Sugar Plum Fairy. “I’m really excited and thankful that the studio has figured out a way to do it this year,” she said. “It’s so nostalgic and with the live stream we can reach a wider audience.”

Over the years, the younger teachers have learned from Velez, who they consider a mentor. “One of the things I took away from her is using your arms and head to build up your stage presence. I try to teach that to my students,” said Mark. Johnson and Velez, herself acknowledge her teaching philosophy as the secret to her longevity. “She takes each individual student in mind,” Johnson said. “The genuine interest she has in each student, making them the best they can be… it’s her focus on each and every kid.”

“Each child learns slightly differently, each one need something different,” Velez explains. “Everyone learns at a different tempo. It takes time and you have to pay attention. You cannot teach everyone exactly the same. If you do, you aren’t being a fair teacher.”

As Velez, Johnson and Mark – three generations of LBP — reflect on Velez’s legacy, one thing becomes clear: She is the soul of LBP, a little intimidating with a heart of gold.

“We always used to say she was ‘fire-y,’ because she had fire-engine-red hair and always wore bright-colored stilettos,” Johnson said. “I don’t want to say we were scared of her, but we had a healthy respect.” The feeling is mutual for the younger generation. “As a kid, you’re a little scared of her,” said Mark. “But as you grow up, you hear her stories and figure her out a bit more. Her commitment to the studio is great.”

At 75, is retirement on the horizon for Velez? “I’ll believe it when I see it,” said Johnson. “She’s seen the studio through a lot of things. She made us the family that we are.”

Velez knows that eventually that time will come, but she’s not ready yet. “I was director for 20-plus years. When I stepped down, I was relieved,” Velez said. “LBP has been a big part of my life. Now, I’m the old albatross, but I’m still having fun. I still enjoy teaching.”

LBP School of Dance presents “The Nutcracker” this Saturday and Sunday, online. Tickets are free. For more information, visit leballetpetit.org or click the event page below.