Tap dance is all about connections: connecting feet to the floor, the body to rhythm and the dance to history, legacy and time. Tap is about dancers connecting with one another and the audience. And for the first time, the Chicago Tap Summit this year is about your WiFi connection, too.

With a majority of these stars well in their nineties at the time (and all five of them now gone), the timing was key. But the self-produced event went way over budget. “Self-produced, meaning, out of my pocket,” said M.A.D.D. Rhythms co-founder Bril Barrett in a phone call.  “We went into the hole in a great big way. I was honored to have brought all those legends to Chicago and celebrated them, but after pouring over the finances and trying to figure out how to get out of debt, we realized we couldn’t do another one. It would pretty much end M.A.D.D. Rhythms.”

A few years on hiatus were committed to rebuilding the organization. “As a dance company, we were standing on solid ground, but as an organization able to fund and finance things, that was the education,” Barrett said.

2020 marks the fourth year since the return of the Chicago Tap Summit. Building on the success of the two-day “M.A.D.D. Virtual Tap Experience,” an online workshop series around International Tap Dance Day last May, the Summit, like most festivals these days, will be held virtually.

“We’re trying to adapt and just do what tap dancers do: improvise,” said Barrett. The shift to virtual has made it possible to engage artists from outside Chicago without the added expense of travel and lodging. “In all honesty, what I saw as a bad thing at first—I really feed off of human contact, and people, and connection, and art being made in the room together—a big plus is being able have more people involved then we would have, had we done this in person.”

If you know Chicago tap, most, if not all, of these names are familiar, with much of the Chicago Tap Summit faculty having also been affiliated with another big tap dance festival in the city: Rhythm World.

The 30-year-old Rhythm World, produced by Chicago Human Rhythm Project, came under fire in May surrounding a conflict with Barrett. In an open letter signed by more than 900 people, Barrett, whose affiliation with CHRP founder Lane Alexander began as a high schooler, said Alexander “represents an artform created by Black people, yet your privilege has afforded you access to institutional support, social circles and resources rendered inaccessible to many Black dancers by historic and systemic racism.” Barrett’s letter was motivated by Alexander’s response to many Chicago tap dancers’ activism during the Black Lives Matter protests that followed George Floyd’s death at the hands of police. In a phone conversation last June, Alexander confirmed he corresponded with dancers affiliated with his company regarding his disdain for looting and violence in the aftermath of the protests, confronting tap dancers on what he perceived as support for such actions on social media.

“I said that perhaps the only way to stop the killing of unarmed Black people is to make it expensive,” said Barrett’s letter. “I stand by that statement. Civil disobedience is not violence. The mission of Black Lives Matter is fundamentally nonviolent.”

Barrett’s activism ties directly into the mission of his organization (M.A.D.D. stands for “Making a Difference Dancing”).

“One of the things that I kept reiterating is that I’m going to try to be the living example of what I’m saying (Alexander) should be,” he said. “Meaning, there has to be more openness, more unity, more consideration and more positivity.”

Part of this commitment is through ensuring that everyone who wants to attend the Chicago Tap Summit has a chance to. Registrants can opt into a “buy one, give one” option, which gifts scholarships to students in need.

Additionally, Barrett’s curation of the faculty is intentionally focused on increasing representation for Black and Chicago-based artists. On the national festival circuit, Barrett found he was often one of only one or two other Black tap dancers. “This year of protesting has been much more than about one specific entity,” he said. “It’s been about trying to undo a system of inequality and a system of white supremacy. If you look at our roster, everyone is represented.”

In an effort to lead by example, Barrett reached out to past M.A.D.D. Rhythms folks who, for various reasons, had left—some not on the best terms. “What I’ve tried to do is unite the tap community. And I wanted to start with my own house first.” 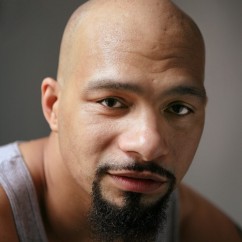 Martin "Tre" Dumas III Revisiting the company’s early works for the live-streamed performance is, in fact, part of this healing process by bringing past company members back into the fold and reconciling old differences. Perhaps most notably, Tre Dumas re-choreographed “Glorious” for the performance, a signature work he first created on M.A.D.D. Rhythms.

Dumas left in 2007, citing differences of opinion about the direction of the company. “While I am the co-founder—I was there pretty much from the beginning—M.A.D.D. Rhythms is Bril’s baby,” said Dumas in a phone call. “It was his idea. So, when we came up to polar opposites in this debate, and it was clear one of us had to go, it was going to be me.”

Dumas—who got his start on tour with the national revival of “The Tap Dance Kid” and was a featured dance in North American and European tours of “Riverdance”—forged another path, becoming a sought-after soloist and starting his own company, Jus'LisTeN.

The two Chicago tap titans, over time, learned to respect each other’s individual accomplishments. “Time heals all wounds,” Dumas said. “We let that go. We always enjoyed being around one another, so it was kind of easy to fall back into those old roles, just having a good time and being focused on the dance.”

Dumas said Barrett has gone out of his way “to right those old wrongs,” making it fairly natural for Dumas to return to the Chicago Tap Summit faculty when the festival returned from its hiatus in 2017.

This year is obviously different, in large part because Dumas and the rest of the faculty filmed their classes ahead of time, which he says he prefers over live classes on video conferencing platforms like Zoom.

But it is not just the virtual nature of the festival that makes this year’s Chicago Tap Summit unique. A commitment to past work, to the company’s history and, as Barrett put it, “starting with his own house” to foster community among Chicago’s tap dancers are remarkably acknowledged in the Oct. 3 performance called “M.A.D.D. Rhythms Greatest Hits.”

Dumas appears in two pieces, “Days Like This”—the first piece he ever set on M.A.D.D. Rhythms—and “Can You Feel This,” which he filmed with Barrett, Jumaane Taylor, Donetta Jackson and Star Dixon. Staging “Glorious” on current company members has been particularly poignant for Dumas. “It’s one of those pieces that is one of my classics. It’s hard, it has a lot of shout outs—steps pulled directly from the dancers I admire like Jimmy Slyde, Bunny Briggs and Savion Glover, using steps that are reminiscent of what they do. I’m really proud of that one.”

--
The Chicago Tap Summit takes place Oct. 2-4. Class packages will be available for viewing until Oct. 16. The Oct. 2 panel discussion “The Cypher as Restorative Justice” will be streamed on Facebook Live and is free and open to the public. “M.A.D.D. Rhythms Greatest Hits” takes place at 6 p.m. Oct. 3. Tickets are $10, available by clicking the event page below. For more details and a full list of festival events, visit www.maddrhythms.org.