Crossing borders from the convenience of a couch

In the arts, especially dance, we celebrate longevity. Why, you ask? Anyone working in this realm knows the uphill struggle artists face due to the lack of financial resources. Lest I mention the profound impact a global pandemic has had on this field as well. Those who find sustained success do so because they possess passion, flexibility, intuitiveness and sheer tenacity. The JOMBA! Contemporary Dance Experience, now entering its 23rd year, is a glowing example of this steadfastness.

Trading in my little black dress and kitten heels for the comfort of a plush, red robe and Under Armour slides, I sink into the corner of the couch to watch the festival digitally. This year’s theme is aptly titled “Border Crossings,” and celebrates the legacy of renowned South African dancemaker, director and curator, Jay Pather. The opening night’s performance featured a film retrospective excerpting Pather’s work dating back to 1998. This culminated in the most recent piece, “Noxolo,” created during the COVID lockdown with members of his company (spanning four generations), Siwela Sonke Dance Theatre.

Pather, at odds with wearing the crown of “legacy artist,” instead renames the program “Undertow.” His collection is exactly that: an underlying current, force or tendency that is in opposition to what is apparent. The 70-minute film composite consisted of five categories showcasing both stage and site-specific performances. It is at this point that I must confess I had no prior familiarity with his work. I ask myself, how is it that I have never heard of Jay Pather before? I’ve had a subscription to Dance Magazine for forty years. Read countless books on dance throughout my life including undergraduate and graduate schools. I’ve taught dance history for several years and engaged in conversations across disciplines. And yet, this celebrated, award-winning choreographer, director, activist has somehow eluded me. While I know it is impossible to know everyone and everything, still the shame has turned into irritation and anger. As we think about crossing borders both physically and metaphorically, we must engage in the de-centering of white, western dance disciplines as the hierarchal forms. Perhaps an undertow is exactly what we need to knock us off balance, carry us away from shore to stir things up so we can emerge with a new awareness.

In this screening, the complexity of Jay Pather’s richly layered dance theatre productions was as daunting for me as a Rubik’s Cube. I may never have it fully realized, but I will always be drawn to it and therein lays the guiles of provocation. To that end, several pieces had me yearning for more context. The problem with excerpting art (especially in a festival setting) is it leaves the viewer with an incomplete picture. “Shifting Spaces Tilting Times” served up smatterings of dance genres including South African classical and popular dance, Indian classical dance, Flamenco, pointe work, ballet partnering and physically integrated dance forms. Pather manufactured this dance to reflect the post-apartheid, politically and socially conflict-ridden South Africa. In contrast, “Blind Spot,” created in 2009, utilized outdoor spaces highlighting refugee immigrants living in European countries, and more specifically, in Copenhagen ghettos. Here, Pather evokes a somber mood through his hyperbolic use of sandbags attached to the hem of the capes worn by the men as they unknowingly drag them through the streets.

In viewing Pather’s extensive body of work, I was reminded of a quote by Ossie Davis who said, “Any form of art is a form of power; it has impact, it can affect change—it can not only move us, it makes us move.” The enormity of “Qaphela Caesar,” another excerpted piece, left much to unpack. His use of soundscapes, spoken word, imagery (paper shredders and cheese graters for example), movement, humor, architecture/space flooded the senses. This is a production to be seen again and again. While his themes of political corruption and betrayal are a commentary of life in South Africa, it lives and exists across all borders of the world. So as I delve deeper into his dance theatre performances it is apparent that while certain commonalities exist, as a whole they are vastly different in structure and style. What is clear to me is Pather enjoys stimulating his audience, seducing you into seeing one thing only to turn it upside down. Everything is fair game in his world. He obliterates the over-used notion of “normal” replacing it with gender nonconformity, non-traditional body types, avant-garde spaces and cross-disciplinary genres.

Reflecting on Pather’s productions reminded me of graduate school when I first encountered emerging choreographer, Rosie Herrera. She drew upon her experience in the cabaret world to produce interdisciplinary vanguard dance theatre. At the time, my colleagues were struck by Herrera’s overt similarities to Pina Bausch in her work, however, I wonder if she encountered and was inspired by Pather as well. Perhaps wearing the legacy crown wouldn’t weigh so heavy on the head knowing that you have an inspired the efforts of the next generation. 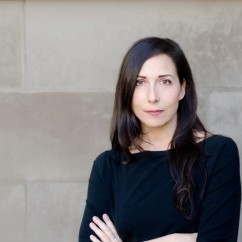