When The Dance COLEctive celebrated its 20th anniversary a year ago, the company’s founding director, dancer/choreographer Margi Cole was ready to take on a new challenge, with reorganization and a changed mission. Years spent developing an extensive repertoire of her own work on a core company of dancers gave her ample opportunity pursue artistic ideas on dancers she had shaped and nurtured over time and who understood her distinctive style. Beginning a new chapter of creative enterprise, Cole is focusing on solo and smaller group work in more intimate venues with different groups of artists for each project.

REboot, (7 PM, September 14-15-16, Dovetail Studios) presents The Dance COLEctive in collaboration with Third Way Projects with three premiere works by Peter Carpenter, Cole, and Colleen Halloran, all faculty members at  Columbia College Chicago.  All three works explore the nature of truth--individual, in relationship, in community, and in the larger world. 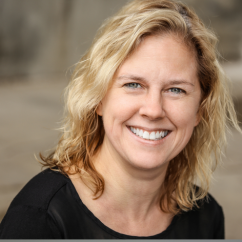 Margi Cole, Photo by Katie Graves “It’s a re-start of sorts,” Cole explained in a recent interview with SeeChicagoDance, with very different rehearsal parameters, using four dancers she doesn’t work with regularly, and a much more compressed period of time in which to develop and rehearse her work. REboot’s subsidized residency at Dovetail Studios allowed her an initial ten-week period last spring and a final three weeks leading up to the performances to edit and fine tune her material.

Fulfilling her goal of setting new challenges for herself, Cole has had to invent a new working style to accommodate not having all the bodies at the rehearsals at the same time. With only six rehearsals in which all four dancers were together, she has had to balance a sense of both community and chaos rooted in the individuality of each dancer.

The quartet addresses the idea of shedding a tough skin and finding the softness underneath. “The way we shed and re-grow a new skin, recognizing the ugliness and the beauty of it, you have empathy for it,” Cole said of her creative process.  A lot of the rehearsal process has been “about having an experience (when) you can just be present and hold the space with them.” The dancers’ metamorphosis influenced her shaping of the movement. Inviting new bodies into the room has been exciting for Cole,  the energy they have created together inspiring.

Costume designer Jeff Hancock, who has designed costumes for all three pieces on the program, reflects Cole’s vision of shedding, with “lots of different textures, a sense of weight, with sheens and layers reflective of the dancers’ skin tones," Cole commented.

The sound score, created by Cole with technical assistance from long-time colleague and collaborator Halloran, ebbs and flows with voices, glasses clinking, and classical music.

While Cole has performed in two of Peter Carpenter’s quartets, this will be the first time Carpenter has choreographed a solo for her. “The opportunity was attractive to me,”  Carpenter said, “because of Margi’s combination of both virtuosic skills and her openness to experimentation, which is a rare combination.” He wanted to make the solo relevant to the contemporary political situation, and to who they are as people. A quote from Martha Graham, “The body never lies,” inspired him to look at the “certain kinds of truths bodies tell." The immigrant border crisis erupted in the middle of their rehearsal process. Looking at news clips, “those bodies have no capacity to lie in the face of crisis. We’re at a moment in our history when we’re struggling with ideas of truth,” Carpenter said. “The process has been, how do we get to this idea of truth.” 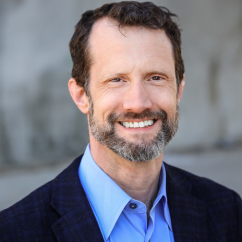 Peter Carpenter, Photo by Katie Graves The solo he has created for Cole is in essence an essay on that idea, combining movement and spoken text, which is “at times coordinated and at times counter-poised.”

Columbia Theatre Department colleague Jeff Ginsberg came in for a couple of rehearsals. “His presence gave (Margi) permission to have a point of view about the language,” which includes some poetry that is “pretty heady,” according to Carpenter, who composed the text. “Post modern dance has a certain coolness about it,” Carpenter said, “but this piece isn’t cool. It’s a dark work.”

Composer Don Nichols’ original score for the piece employs the sound of a pen writing on paper to mirror Carpenter’s text “as a written record and evidence of the truth.” Bells  evoke a sense of “sounding the alarm and bodies ringing true.” The composer, who is the musical director of the Dance Department at Cal State Long Beach, is collaborating for the third time with Carpenter. 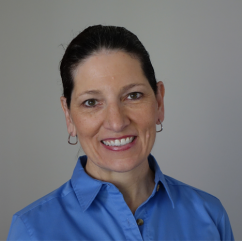 Colleen Halloran, Photo by LF Blondell Cole will also perform in Colleen Halloran’s trio, which sets three women in a space “to explore who they really are as individuals, and in relation to each other.”  While Halloran has worked with each of the three artists in different contexts over the past thirty years, the dancers have never worked together as a trio before. “The surprise was that we were able to work so efficiently,” Halloran said. She has valued the three, all over forty, as collaborators in the creative process. “When you have dancers who have been around, they move with a texture that has some seasoning to it.”

Halloran began the piece with the idea that “when you watch the news, someone witnessed something, but each eyewitness sees something a little different, based on their perception, their background.” She quotes author Ryan Holliday, who states: “There’s no good or bad without us. There’s only perception. There is the event itself and the story we tell ourselves about what it means.”

Halloran has used software to design her own musical score, which includes sound effects of bells, rain, words, rhythms, and copyright-free music. She wanted to come up with something “very surprising.” The dancers wear what they would normally wear on the street. Halloran envisions the piece as a happening “in a pretty enclosed space. The audience could just walk in upon  it.”

While the trio is only ten minutes long, Halloran is open to the possibility that it may be the germination of a longer piece. As a filmmaker and sound designer as well as dancer and choreographer, she had begun to feel that her work as a choreographer might be coming to completion, "but this piece lit a fire in a different way!”