December Dance Lights Up The Holidays

December is Nutcracker month the world over, with Chicago’s Joffrey Ballet leading the annual Nutcracker parade and no fewer than five local productions following, but December also brings a rich array of contemporary dance, tap, belly dance, and mixed media to enliven your holidays.

Journey inside Chicago's 1893 World's Fair with Christopher Wheeldon's critically acclaimed holiday masterpiece. When young Marie and her mother, a sculptress who is creating the fair's iconic Statue of the Republic, host a holiday party, a surprise visit from the charming Great Impresario sets off a Christmas Eve dream of whirlwind romance and adventure. Wheeldon’s Nutcracker forges a new Chicago tradition with a boldly reimagined story with social relevance for our times.

Hubbard Street’s Winter Series (December 7-10, Harris Theater) celebrates one of today’s most current and inventive choreographers, Crystal Pite. The program includes A Picture of You Falling, in its entirety, first performed as an excerpt by Hubbard Street in March 2014 and recently reprised at the Auditorium Theatre’s 50th Anniversary Gala, and two Hubbard Street premieres; Grace Engine, and The Other You. 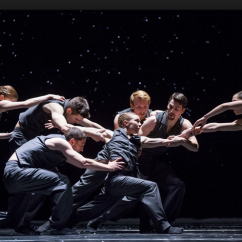 For the first time, the Museum of Contemporary Art presents Twyla Tharp, one of this century’s most acclaimed artists, for the world premiere of Minimalism and Me, an original program created specifically for the MCA (December 7-10, see listing for times). In the program, Tharp recollects the creation of her seminal early works from the period and her experiences while living among major visual artists of the time. A select group of members of Twyla Tharp Dance re-creates excerpts from the works she discusses, illuminating the progression of minimalism in the 1960s and 1970s and the influence the movement had on her choreography. The program draws from the twenty works Tharp made from 1965 to 1970: All were made for different spaces, including the outdoors and museums. All were performed in silence. All were rigorous and governed by systems for organizing time and space. Tharp illustrated these systems in a series of artworks for the dances, including Re-Moves, Disperse, Excess Idle Surplus, Group Activities, After 'Suite', Medley, and Dancing in the Streets of Paris and London Continued in Stockholm and Sometimes in Madrid. 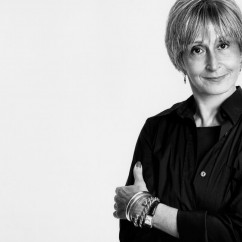 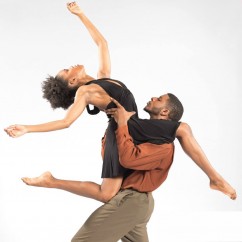 Chicago Tap Theatre once again celebrates the holiday season with an updated  “Tidings of Tap!” (December 10, 3 PM, North Shore Center for the Performing Arts, Skokie). What was once a holiday revue has evolved into a more complete production with light narrative elements and higher production values. Last year saw CTT move the show to a new venue, the North Shore Center for the Performing Arts, to gushing reviews and a record-breaking performance for the Company. SeeChicagoDance said “It’s charming and gleeful and heart-rending at times.”  And last year was just the beginning.  CTT will be adding new pieces, a little more narrative, and a bit more magic just in time for Chicago Tap Theatre’s 15th Anniversary Season. “Tidings of Tap!” has been described by the Chicago Tribune as “undeniably charming and wholesome fun.” Choreographed by company director Mark Yonally, Kirsten Uttich, Richard Ashworth, Valerie Lussac and Caleb Teicher, “Tidings of Tap!” captures the spirit of the holidays through joyful noise—celebrating Christmas, Chanukah and the winter season. Children will have the opportunity to be in the show this year, thanks to the expanding Chicago Tap Theatre Winter Intensive, which will be a two-day event offering rhythm-loving kids the chance to learn technique, tap history and a short dance that will be incorporated into “Tidings of Tap!” 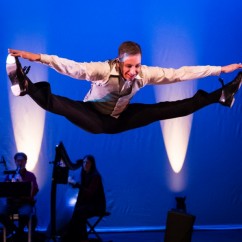 TRADE ROUTES, A Festival of Artistic Exchange (November 30-December 9, Links Hall) brings five Chicago-based artists/companies to participate in TRADE ROUTES, a festival of artistic exchange. Each local artist has selected an out of town partner they would like to host in Chicago and split a bill with during our festival, and each exchange project is given a travel stipend so that the Chicago artist can finance touring to their partnering artist's hometown.

DanceWorks Chicago presents Dance Chance (7 PM, December 1, Lou Conte Studio),  a one-hour event designed to offer opportunities for choreographers to show their work informally, create a forum for dialogue among artists, and build audience for dance. Inspired by the concept of open-mic night, DanceChance is held once a month and features 3 choreographers chosen by chance, each of whom has a 15-minute time slot to share their work. To round out the hour, the final 15-minute segment is a moderated meet-the-artist session providing an opportunity for choreographers to discuss their work and process as well as time for the audience to ask questions. At the end of each DanceChance, the next trio of participants is chosen from names submitted by choreographers in attendance.

In The Presence Of Chasms (7:30 PM, November 30, December 1, Hamlin Park Fieldhouse Theater) choreographers Megan Rhyme and Tanniqua-Kay Buchanan explore the idea of chasms -- chasms between private behavior and public speech, between cool and warm colors, and between hope and dread in this evening of short dance works. 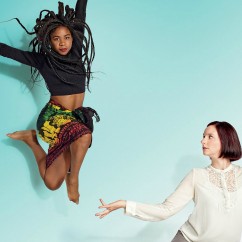 In The Presence of Chasms

Tap through this year’s holiday season with the Tony Award winner for Best Musical, 42nd Street! (8 PM, December 1-January 7, Drury Lane Theater). In this beloved Broadway classic, Peggy Sawyer lands a bigger break in New York City than expected. When the leading lady injures her ankle, Peggy gets the chance of a lifetime to rise from showgirl to star. With showstopping tap numbers and hits such as “We’re In The Money” and “Lullaby of Broadway,” there’s no question that 42nd Street will dazzle you this winter at Drury Lane Theatre. Directed by Michael Heitzman and choreographed by Jared Grimes. 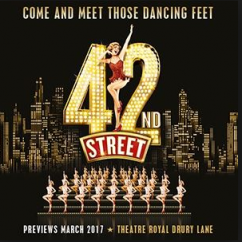 Winifred Haun & Dancers will present their highly acclaimed new work, “Trashed,” as part of Links Hall’s new Trade Routes: a Festival of Artistic Exchange (7 PM, November 30-December 3, Links Hall).  “Trashed,” choreographed by Chicago Dancemaker, Winifred Haun and Australian Contemporary Circus Artist, Emma Serjeant, combines Modern Dance and Contemporary Circus to tell the story of how humans have to come to clutter their lives with too much stuff, and how all that stuff keeps us from each other.

Winifred Haun & Dancers will share the two evenings with Kanopy Dance Company.  Kanopy Dance will present three works from repertory by its Artistic Directors Robert E. Cleary and Lisa Thurrell. Bound and Determined, a dark aggressive duet;  Lamentation Variation, created in association with, and using the creative structure provided by, the Martha Graham Center of Contemporary Dance;  and Prelude & Fugue, a ensemble work inspired by the music of neo-romantic composer Vittorrio Giannini. Winifred Haun & Dancers is one of five Chicago-based artists/companies to be selected to participate in Trade Routes.  Each of these five Chicago-based projects was nominated by a local or national presenter as the best of Chicago’s home grown in the 2016/17 performing arts season, and selected by Links Hall as projects that should not only been seen again, but should be granted the opportunity to represent Chicago-based performance nationally.  Each local artist has selected an out-of-town partner they would like to host in Chicago and split a bill with during the Festival. 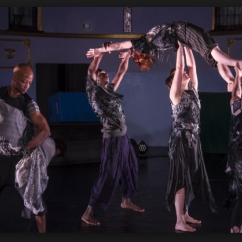 The Ruth Page Civic Ballet is proud to present its annual production of The Nutcracker, with original choreography by Ruth Page, and co-directed by Victor Alexander and Dolores Lipinski Long (7 PM, December 2; 1 and 5 PM, December 3, Northeastern Illinois University). Originally presented in the Arie Crown Theater from 1965 to 1997, the Ruth Page Civic Ballet’s performance recreates Ruth Page’s original full-length staging. Exquisite dancing, stunning costumes and magical settings in the Land of Snow and the Kingdom of the Sweets, these performances promise world-class entertainment and holiday joy for children of all ages. Also available is “Tea with Clara,” a delightful tea party which patrons can enjoy with their favorite The Nutcracker characters from 3:15 – 4:45 p.m. Sunday, Dec. 3. 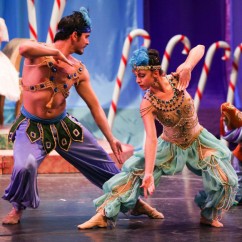 Winterlux (8 PM, December 2, Filament Theatre) is an evening of modern belly dance with timeless appeal. Showcasing a variety of styles and artists, the show will feature Chicago-based troupe Spellbound, the nationally renowned Jill Parker, and a variety of soloists and groups from around the Midwest, all tied together with the vaudevillian charm of emcee Sammy Tramp. This unforgettable collection of performers is sure to delight belly dance newcomers and aficionados alike.

For the culminating production of Esoteric Dance Project’s seventh season (8 PM, December 7-8, Hamlin Park Fieldhouse Theater), the company presents Ten featuring three world-premieres by choreographer spouses Brenna Pierson-Tucker and Christopher Tucker. The project is fittingly titled, as it coincides with EDP’s tenth self-produced performance series. This two-night experience investigates three works uniquely personal to the creators, but all firmly tied to Esoteric Dance Project’s core mission of preserving classical and practiced technique. The performance explores the intricate and complex patterns of human interaction through the lens of disparate personalities, the fluctuations of a sixteen-year-relationship and the challenges of injury, recovery and perseverance. 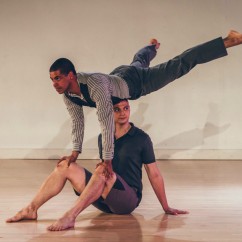 Ballet Chicago’s “The Nutcracker” (December 8-17, Athenaeum Theater, see listing for various times) is a celebration of the joyous holiday season, taking us on an unforgettable journey with young Marie as she travels from her home on Christmas Eve to the Kingdom of Snow and the Land of the Sweets. For adults, it is a time to relive cherished memories of childhood. For children who wait with breathless anticipation for the holidays to arrive, it is the opportunity to create new memories. For everyone, it is a time for sharing and giving among family and friends. 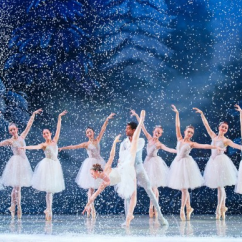 Hyde park School of Dance (HPSD) offers fans of ballet, modern and hip hop its annual presentation of Tchaikovsky’s The Nutcracker, featuring more than 175 dancers—from seven-year-olds to grandparents—supported by more than 100 volunteers. Performances are December 8–10 at Mandel Hall on the University of Chicago campus, 1131 E. 57th Street, Chicago. Staged by HPSD Founding Artistic Director August Tye, ballet mistress and choreographer at the Lyric Opera of Chicago, and her team of artistic associations, the 90-minute narrated production follows Clara, Fritz and the mysterious Uncle Drosselmeyer from the family holiday party and the midnight battle with the Mouse Queen and her troops through the Land of Snow to the Kingdom of Sweets. HPSD's unique production includes a hip hop dance battle to showcase the range of dance genres the school offers, as well as send a message of peace—instead of battling with swords, the mice and soldiers use hip hop as their “weapons.” 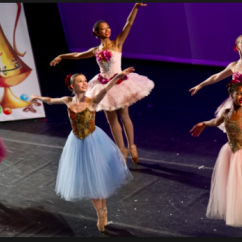 “Tukwaniriza” (Thursday, Dec. 14th from 6:00-9:00pm) is one way people from Uganda say, Welcome.  Red Clay Dance Company welcomes and invites you, your family and friends to join them in celebrating the TransAtlantic Project.  Tukwaniriza celebrates Red Clay Dance Company’s first International Collaboration; the TransAtlantic Project, a yearlong artistic collaboration between Keiga Dance Company of Uganda, Africa, and Red Clay Dance Company.  Guests will enjoy an exclusive viewing of its new choreographic work, meet world renowned artists, experience music by DJ Nick Nonstop, and have an opportunity to dance, view unique artwork in the gallery space, and participate in fundraising games to support the project. 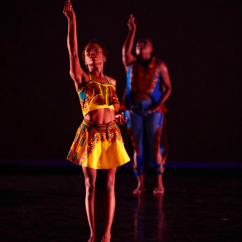 Ballet 5:8 presents “Beyond The Nutcracker” (2 PM, December 16-17, Lincoln Way High School Fine Arts Center). An incredible holiday journey set to Tchaikovsky’s renowned Nutcracker score, Ballet 5:8’s School of the Arts' full length “Beyond the Nutcracker” includes a cast of over 100 dancers, stunning choreography by Ballet 5:8 Artistic Director Julianna Slager, dazzling handmade costumes, and all of the magic of the traditional Nutcracker ballet - but with an original story that invites audiences to join Emma, her uncle Abrahms, and the angel Anastasis on a once-in-a-lifetime Christmas adventure. 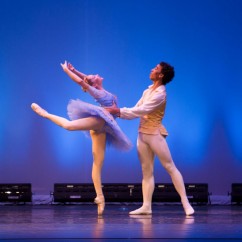 For Details and Tickets, go to seechicagodance.com and click on “Upcoming Events.”