Their Spring Engagement debuts “Lost In This World,” created for the company by Liz Imperio. Best known as the fiery “choreographer to the stars” for the likes of Jennifer Lopez, Cher, and Madonna, Imperio has set her new work in the dream nightclub of lost and found souls. Steamy hot jazz meets rap-dance and hip-hop in this fast-paced, jazzy tour de force, featuring daring partner work and virtuoso solo turns by Meaghan McHale and Devin Buchanan. Adam Houston takes malevolence to new heights as the antagonist in the crowd, while company dancers couple up in sexy duets that blend social dancing with GDC flair. 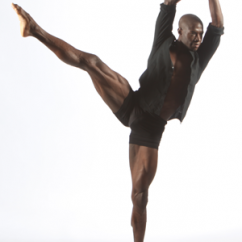 Coming full circle is Frank Chaves’ restaging of “Grusin Suite” (1993), originally choreographed and debuted on the Skyline Stage as a three-movement work for Giordano’s Jazz Dance World Festival in 1993. GDC Artistic Director Nan Giordano is very excited to see Frank, a former GDC dancer, give new life to this piece of GDC’s history.

From 1993-2015, the Cuban-born Chaves, a 2014 Chicago Tribune “Chicagoan of the Year,”  served as artistic director for River North Dance Chicago curating a repertoire of works by the most respected dance makers, and creating 25 works for RNDC. Many Chicagoans know Frank’s ‘Grusin Suite’ as a four-movement work that was part of River North’s repertoire.

“Grusin Suite” is quintessential Chaves, capturing his sophisticated and elegant approach to rhythm and musicality inside a work that is sly, funny, and exceptionally well-crafted.  “I was amazed that this work looks as fresh and vibrant in 2017 as it did in 1993,” says Giordano. “Even though Frank is now in a wheelchair, he was gliding and weaving in and around and through the performers with grace.  Watching him reconstruct, teach, rehearse, and polish the dancers of Giordano Dance Chicago has been both magical and inspiring.” 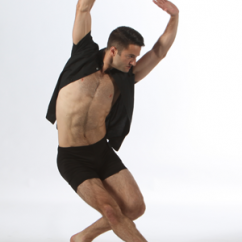 Zachary Heller  Zachary Heller reprises his dastardly deeds in Brock Clawson’s film noir intrigue, “Sneaky Pete” (2016), and  Ashley Downs gives desperation new meaning with a tear-your-heart-out rendition of Judy Garland’s vocals in Sherry Zunker’s melodramatic duet for one, “The Man That Got Away” (1990). 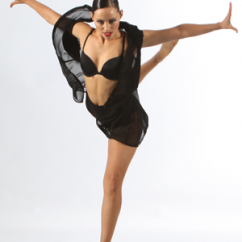 In addition this season, Giordano Dance Chicago gives special recognition to Meaghan McHale, celebrating her tenth anniversary with the company. A 2010 recipient of Dance Magazine’s “25 To Watch,” Meaghan’s artistry has continued to blossom, her stage presence ever more sparkling. Her versatility ranges from balletic classicism to the funkiest jazz; from dramatic heights to humor.  “It amazes me,” says artistic director Nan Giordano, “that Meaghan infuses every single muscle in her body with full-throttle fullness in each and every movement.”

Ironically, Meaghan had to audition four times before she was accepted to G-2, where she danced for two full years before advancing to the main company. “I loved the Giordano movement,” she said of her first encounter with the Giordano company on the East Coast. Before coming to Chicago, the Baltimore, MD native studied in New York and received a full scholarship to Dance Theatre of Harlem. After struggling to overcome some punishing negativity, Meaghan found a nurturing environment with the Giordano company that gave her the confidence to come out of her shell. Soft-spoken and unassuming off-stage, the diminutive Meaghan is a veritable powerhouse in performance. “When you get on stage,” she says, “you can be anything—with confidence! There’s no self-doubt, there’s no questioning. It’s a safe place for me to express myself.  And have fun!”

When asked how it feels to have been with the company for ten years, Meaghan doesn’t hesitate to answer, “It’s an honor!” What makes Giordano Dance Chicago so special, Meaghan says, is that “we are a family here. It’s genuine. We are all working together toward the same goal. The dancers are very honest with each other.”

Fellow dancer Zachary Heller calls her “a force! Meaghan’s always been the one, no matter what, who’s always gonna be there.”

Joshua Blake Carter cites Meaghan’s standard-setting for female power. “I’ve never trusted anyone more on stage. Once, we flubbed a lift, and we just made up a new duet! I always know, if I’m with her, it’s gonna be okay.” 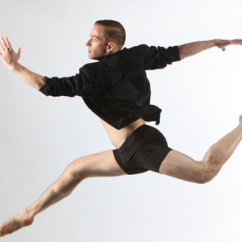 Company managing director Michael McStraw is impressed by Meaghan’s strength and determination. “She always challenges herself to do better, to find a way.”

What’s charging Meaghan’s engine these days? Teaching, choreographing, and mentoring younger dancers has given her new perspectives on how she can relate to others. “They’re so technically strong, I want to help them focus on finding the motivation to work from within.”  Citing a crucial turning point in her career, Meaghan remembers Nan Giordano coming backstage after a performance of “Can’t Take This Away,” telling her, “You are a complete dancer. Whatever you’re doing, keep doing it!” Hearing validation from someone she looks up to fueled her confidence and determination. Meaghan hopes to pass along that same reinforcement to others. 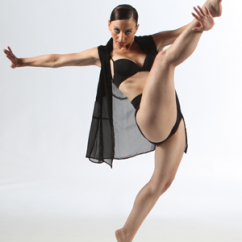 GDC dancers and board members join Artistic Director Nan Giordano, Executive Director Michael McStraw and guests for a Gala Celebration After Party to honor Meaghan, and to support GDC and its outreach programs at the The Jay Pritzker Pavilion, 201 E. Randolph Drive, immediately following the Saturday, April 1, 7:30 p.m. performance at the Harris Theater. Gala tickets include a VIP ticket to the April 1 performance. For tickets and more information go to seechicagodance.com and click on “Upcoming Events,”  visit giordanodance.org, or call 312.922.1332.