A dancer dies twice – once when they stop dancing, and this first death is the most painful. ~Martha Graham

As Giordano Dance Chicago (GDC) takes the Landmark Stage at the Auditorium Theatre this weekend, they will be saying goodbye to two company dancers. But, unlike Ms. Graham’s quote above, there will not be pain – there will be nothing but joy, love, and gratitude. Rachael Lynn Berube and Joshua Blake Carter will take their final bows with full hearts and eyes open expectantly toward the future.

Berube danced in the second company, Giordano II, before being promoted to the main company and this performance concludes her fourth season in this company that she calls family. “There is such a close connection that we have on stage,” she said. “You can really see it, because we really feel it. It’s not fake. We are family through and through.” As a student in Buffalo, NY, she was taught the Giordano technique and came to Chicago to dance with the company directly out of college at Point Park University. “It was the right time and the right place,” Berube said. That knowledge of the Giordano technique has served her well in her performing career, but she’s also helping document the notation for the Nan Giordano Certification Program, which she will continue to work on after she leaves the stage.  “Rachael is an instrumental part in helping us with the certification program,” said Artistic Director Nan Giordano. “We really couldn’t do it without her. She’s also a great teacher. She loves working with kids.” 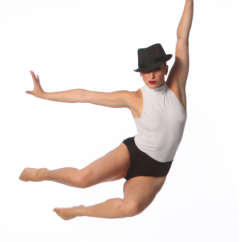 Berube is on staff full-time at All About Dance studio and has worked in CPS schools as part of GDC’s Science and Health program teaching 4th, 5th and 7th graders about anatomy, nutrition, and more through movement and dance. “Meeting kids at the beginning of the program and seeing them succeed on an academic level is fantastic. I’m so proud to be part of the program,” she said. Along with teaching and continuing with GDC programs off stage, Berube is newly engaged to be married, so there is a wedding to plan in her immediate future.

As Joshua Blake Carter finishes his seventh season with GDC, he will take on additional administrative duties as part-time Manager of Operations aiding Executive Director Michael McStraw. Carter continues as director of the second company, a position he has held for four seasons. He proudly boasts that there have been seven promotions from GII to the main company. “It speaks volumes to the level of dancers we’re bringing in and it really shows the growth of the program,” Carter said. 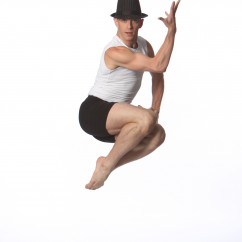 “Josh is a unifier. We use him as an example,” Giordano said. As one of his duties as director of GII, he is tasked with choreographing a new work for them every season. This is a skill that comes naturally to him and one that he thrives doing. Over his career, he has choreographed over 20 works including one for GDC and four for GII. In fact, his choreographic talent is one of the first things Giordano remembers about him. “Josh was on summer scholarship at the original Giordano School, and he asked if he could show me something,” she said. “He was maybe 19, and I knew then that he had a gift.”

Carter will also focus on freelance choreography projects. Throughout his career, he has created works for Nomi, Wonderbound (formerly Ballet Nouveu), Visceral Dance Chicago, among others. In 2013, his choreography won DanceWorks Dance Redux 5.0, and he has choreographed for a private party featuring Elton John. For GII, his most recent creation, Before My Eyes, will be on the program this weekend. He almost always begins with the music selection, with the story eventually revealing itself later in the process. This work focuses on the aftermath and recovery of his father’s near-fatal car accident. Carter found dance at age 14 and credits the art form as a turning point. “It saved me,” he said. “Dance gave me a place in life.

Giordano, as an institution, is such a tight-knit, positive group, that even if dancers retire, they never really leave. “Giordano is forever a part of me,” Berube said. “Anything I can be involved in I will be involved in.” Carter agrees as he reflects on the upcoming transition. “There is always satisfaction when the applause hits you, but going to work is in the studio. I’ve always loved the creation process.”

GDC’s Summer Series is the last performance in the “Made in Chicago” Dance Series and offers a diverse range of styles from this high-energy troupe. “It’s cerebral, light, fun, uplifting, athletic, powerful…a mix of mixes,” said Giordano. “I like to hit all the veins of dance. It’s important to touch all the bases.” Choreography from Liz Imperio, Roni Koresh, Frank Chaves, Autumn Ekman, John Lehrer, as well as Carter will make for a well-rounded and vibrant performance.