On Aug. 29, the 23rd JOMBA! Contemporary Dance Experience released the second digital iteration of its Open Horizons short and long form film platforms. The short form category, featuring films from 1-3 minutes in length, brought together screen dance works submitted by artists across the African continent with representation from South Africa, Madagascar, and Kenya among the seven finalists. Cumulatively less than 25 minutes long, these dance films took viewers on a virtual tour, revealing locations ranging in size and scale from the vast dunes of Arniston, to the intimacy of the space in front of a mirror in a personal bedroom. The three winning works: “Fenya”, “GRAIN”, and “In the Shadow of his fist,” demonstrated markedly different nods to the implications of place.

In “Fenya”—the 1st place short form film performed and conceptualized by Kagiso Masinda and directed by Carrick Keating— Masinda, a Setswana woman, moved through both an outdoor domestic space and an indoor art gallery. Palpable dualities appeared throughout the film, not only in the visual aesthetics of the two locations, but also in the movement qualities Masinda utilized while occupying those places. In the outdoor location she remained focused on chores such as sweeping and washing. In the gallery, however, a close up of Masinda’s hands gathering her fingers inward visually pulled viewers toward her own face. She repeatedly unfurled her torso with unabashed audible effort. Gazing directly at the camera, she thrust her fist forward, her body the catalyst for redirecting the camera to a wider shot in a different part of the gallery. Within the museum, Masinda centralized her own Black body, a radical act of locational and anti-colonial defiance.

Eerie displacement of everyday objects within dark environments gave a haunting edge to “In the Shadow of his fist,” Kamogelo Molobye’s 3rd place film on the topic of gender-based violence in South Africa. At intervals throughout the work, the bottom half of a glowing skirt with a protruding pair of legs hung ominously from the top of the frame. On the ground, surrounded by and covered in small plastic soldiers, Molobye’s body quickly ceased to exist as his own, morphing quickly into anonymity. As the body lay prostrate, it became evident that tiny gun toting men, more often seen in the imaginative hands of children, were anything but toys. Standing again, brightly colored whistles surrounded the body’s neck. A single whistle blast—or was it a scream? —rang out echoing as the figure ran down a dark alley.

Of the three short form finalists, I personally enjoyed “GRAIN” (2nd Place) the most. Created by Sasha Fourie and Tyra Petersen of Smudge Screen, this two-minute gem featured running, sifting through sand, gestural phrases, flying hair and full body contact set to a background of rolling dunes and cloudless sky at the southernmost tip of South Africa. As the only living figures amidst a dichromatic beige and blue of sand and sky, Fourie and Petersen might have danced into eternity or else sifted right off the edge of the earth. Far from concerning, this emptiness served as a balm, injecting fresh air into the lungs of a humanity that has spent the past year and a half breathing in little more than super saturated news and its own stale exhales.

All seven short form finalist films are available in low resolution on both the JOMBA! Facebook page and YouTube channel. Adjudicators for the 2021 Open Horizons showcase were David April, Tracey Saunders, Clare Craighead and Shanelle Jewnarain. The JOMBA! Contemporary Dance Experience continues with daily shows online through Sept. 5. For more information and to access the performances, visit jomba.ukzn.ac.za. 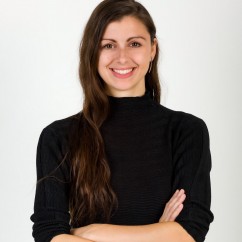