The most beautiful, perfect woman I have ever known was Ruth Ann Koesun, my first ballet teacher. Petite, with exotic looks reminding me of some sort of delicate fairy, I was enchanted the first time I saw her. I began my formal ballet training, with Ruth Ann as my teacher, when I was around eleven, studying with her for only 18 months or so. Her influence on me has continued to this day. By chance, I read her obituary in February and all sorts of emotions and memories surfaced, taking me by surprise. I realize a part of the current “me” will always be that frightened eleven year old, brought to study ballet with important friends of my father, being welcomed with open arms and such kindness. Ruth Ann nurtured with a kindness and sweetness, bringing out the best in all.

My father, the dancer Charles Grass, had some very specific ideas about how old children should be to study ballet, especially girls. He worried what pointe work would do to young feet and was adamant not any of his daughters would take ballet class until we were twelve. I began begging when I was ten. Dad finally arranged for me to really study ballet and decided it was best for me to first study at Hull House, with his friends Ruth Ann Koesun and Johnny Kriza. If I showed talent, I would go on to the Stone-Camryn School of Ballet , the teachers of all three of the friends. 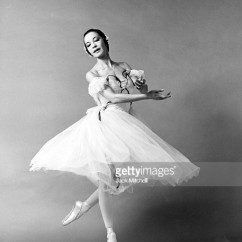 Quickly there was a place for me in Ruth Ann’s and Johnny’s classes, with no time to get a pair of ballet shoes to replace the ones I had outgrown. I had tights and a leotard but Grandma Grass (an experienced Ballet Mama) thought it would be fine for me to take one class without shoes. It felt strange that first day, but Ruth Ann assured me it would be okay. In fact, she called Johnny into class to look at my feet. They ooh-ed and ah-ed about my high arches, making me feel good about my weird, narrow feet for the first time in my life.

I always felt good in classes taught by Ruth Ann, and later by Johnny. They pointed out mistakes, but told you how to correct them with no judgement. Ruth Ann began at the beginning, and broke things down so they could be mastered. She met us where we were technically, and cleaned up our positions so that good, basic ballet technique could be achieved more easily. She used imagery if she needed to; such as telling us to imagine holding a BIG beach ball to get our arms just right for second position, scolded if she had to and smiled that gorgeous smile when we got it.

Cleanness of line and positions, carriage and aplomb seemed to be more important than actual steps as I recall my first classes with Ruth Ann. I remember being told to stand as if I were trying to look over a fence but, not being tall enough, stretching to see. The arms, in the all-important beginning port de bras, should “grow” out from the sternum and hips should be parallel to the floor. For some reason, “big toe, little toe and heel” keeps echoing in my memory, as I hear her explain what parts of feet in ballet shoes should be in contact with the floor. Our knees should be right above our big toes for any plié , and we were taught how to watch in mirrors to check ourselves. Once those things were mastered, the steps could be broken down and isolated into parts which would also be mastered. 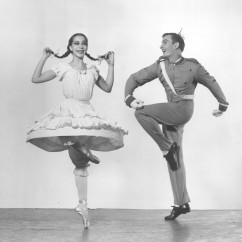 Watching Ruth Ann teach class, with her grace and poise, was beautiful to behold. She dressed all in pink; from her tights and shoes to her leotard, with a short tunic of pink chiffon tied at her waist. The chiffon seemed to float, and she floated as she moved. Johnny often manned the front desk while she taught (as she did during his classes) but occasionally, would come into the studio to watch. He would stand next to her, put an arm around her shoulder and she would continue to teach, calling out steps, beating time, never missing a thing. It seemed so ordinary, so right, to have him there with her; it was obvious even to a child such as I, they cared for each other very much.

I think the most important thing I learned in my Hull House ballet classes with Ruth Ann was how to behave as an artist, as a person who happens to be an artist, and to feel good in your own skin. To a pre-adolescent girl, who felt gawky in every moment of her everyday life, class became an island of normalcy for me. I can’t recall anything specific; it was a feeling, an aura of peace and grace and artistry, which surrounded both Ruth Ann and Johnny and seemed to convey their own true selves. Climbing those stairs once or twice or three times a week, I could feel like everyone else in ballet class, which helped me survive sixth and seventh grades.

I will never forget Ruth Ann, or her Johnny. They taught me something more important than ballet; they taught me self-acceptance. 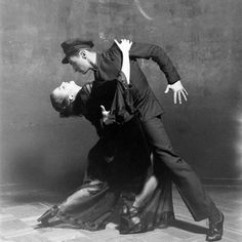 Marie Grass Amenta is the Founder and Director of  The Midwest Motet Society.

Editor’s note: Ruth Anne Koesun died February 1, 2018 in Chicago at the age of 89. She and her frequent dancing partner, John Kriza, were both students of Chicago ballet teachers, Bentley Stone and Walter Camryn. They went on to illustrious careers as principal dancers with American Ballet Theatre.