The pandemic forced Tommy Sutton's Mayfair Academy to close. Generations of students ensure his legacy is not forgotten

Tommy Sutton — a performer and choreographer who worked alongside the likes of Bill “Bojangles” Robinson and Gypsy Rose Lee — founded the Mayfair Performing Company in 1957.  Established during Sutton’s post-performance career, the studio (formerly the Mayfair Academy of Fine Arts) is one of Chicago’s most prominent and prolific dance schools. At the time, Sutton was an in-demand dance instructor who would travel across Chicagoland and abroad providing his unique brand of dance techniques and rudiments, but he noticed that there was not similarly adequate dance schooling for children in his own neighborhood on Chicago’s South Side. After opening on 79th St. and South Park Ave. (now Martin Luther King, Jr. Drive) Mayfair earned a reputation for producing dancers of the highest caliber. Over the years, Mayfair alum have booked gigs in all mediums of entertainment, including some of the hottest dance shows to date like the national tours of “Riverdance” and “The Lion King.”

The school was taken over by Peggy Sutton following her father’s semi-retirement in 1978 and has since been a safe and positive space for young Chicago dancers, particularly young dancers of color. “Mayfair, for their shows, really went for really big venues,” said Peggy Sutton in a 2019 CAN-TV interview with M.A.D.D. Rhythms co-founder and current director, Bril Barrett. “We had shows at the Arie Crown Theater, Medinah Temple, [Navy Pier’s] Skyline Stage and now the Harris Theater — I mean, really good venues that I felt our kids should be exposed to — just letting our students know that the city is theirs just as it is everybody else’s.”

Unfortunately, the Mayfair Performing Company is another casualty of COVID-19. Due to low enrollment and financial losses suffered during the pandemic, on January 1, 2021, the school closed its doors indefinitely after 63 years in operation. The absence of Mayfair on Chicago’s dance scene is a hard reality to face, but the legacy it created will always be remembered fondly by its students.

“It’s definitely bittersweet,” said M.A.D.D. Rhythms co-founder Martin “Tre” Dumas III in an interview. Dumas was a former student and later instructor at Mayfair. “All of the people who came through there had their lives changed, myself included. I’m a working dancer because of Mayfair. With the pandemic, a lot of things changed and a lot of places we thought would be around forever ended up closing.That’s sad, considering they’re such a huge piece of Chicago’s dance history, tap [dance] history, dance history in general and my own personal history.”

It’s not all gloom, however. The teachings of Sutton and Mayfair live on in its students, like Dumas and Mayfair alum Erin Barnett, who served as artistic director at the time of the school’s closing and who has now opened up a new studio on Chicago’s South Side called Black Girls Dance. 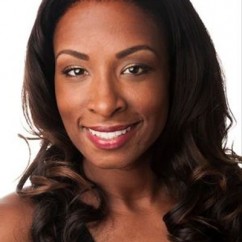 Mayfair alum and former artistic director Erin Barnett (pictured) now owns a new South Side dance studio called Black Girls Dance “Being at Mayfair was like a second home,” said Barnett in an interview. “You start going on Saturdays and then as you increase in dance you start going on Wednesdays…and you develop these relationships. I still have very close friends from when I was six years old. It was like a hub of Black girl magic!”

One of the aspects of Mayfair’s legacy that is sure to endure are the written exercises created by the school’s founder, Tommy Sutton. His 1986 book “Tap Along with Tommy: A Technical Guide for the Tap Dance Teacher” is still in use today.

“[Tommy Sutton] did a lot of private lessons and a lot of master classes and workshops,” said Peggy Sutton in an interview. “So, in that process he put together a system to teach teachers how to teach tap.”

Barnett also remembers the graded lessons of the Sutton technique fondly. “I remember having these incredible tap teachers — Peggy Sutton, Jackie Record, Tracy Greene — who taught me Tommy Sutton’s technique and exercises. It was an excellent foundation of a) understanding rhythm and syncopation and b) how to be really clear in your taps.”

With Mayfair closing, Barnett has Peggy Sutton’s blessing to carry over the strong foundational practices and values of her father’s school. “I started Black Girls Dance in 2017. At that point I was coming back from traveling and dancing all over the world and started teaching at Mayfair. I’ll always remember being a kid in Chicago and noticing that opportunities for Black dancers were few and far between. To come back 18 years later and see that same minimal representation in those mainstream [dance] companies… I was kind of floored! Having Peggy as a mentor validated me wanting to highlight and showcase dancers of color. [Mayfair] was the foundation of me wanting to have my own studio. It had a super positive and long-lasting effect on me in terms of how I see women in charge.”

The silver lining is that Mayfair’s legacy can never truly be extinguished and will forever live on in its students and their students’ students. Don’t be surprised if you meet a tap dancer anywhere else in the world and, after mentioning that you are from Chicago, to hear them say, “Ah! I know ‘Exercise 1, 2 and 5!” and then immediately start to do them no matter where they are standing — I’m not kidding! It is that far-reaching level of integration in the dance community that proves the everlasting quality in the Suttons’ teachings and the legacy of the Mayfair Performing Company. Whether they know it or not, all dancers owe a debt of gratitude to this historic institution and there’s no doubt that the world would have been a much bleaker place for so many without it.