Building a supportive network of global connections is at the core of Deeply Rooted Dance Theater. I was hired at Deeply Rooted in May 2020 as the company's individual giving manager, and have since come to hold the principles of the company as my own. We are a company dedicated to re-imagining the aesthetics of contemporary dance by uniting modern, ballet and African traditions in dance and storytelling. The company’s participation in JOMBA! has been critical to their achievement of that goal.

Deeply Rooted first travelled to Durban, South Africa in 2013 for the JOMBA! Contemporary Dance Experience. Backed in large part by the U.S. State Department, the Chicago-based, spiritually-driven dance company engaged in its first residency and performance with Durban’s Flatfoot Dance Company. Little did they know the relationship would become a long-lasting one to be nurtured over the next seven years.

“Before I had Deeply Rooted, I had Jubilation! Dance Company in New York,” said creative director and co-founder Kevin Iega Jeff said in a Zoom conversation. He fondly remembers his relationship with Jubilation! board member Lorna Johnson, who had a vested interest in bringing Deeply Rooted to Africa as early as 2011. It was through his relationship with Johnson that Jeff met Lliane Loots, the founder and artistic director of Flatfoot Dance Company. That introduction was the kickoff for the company’s involvement in JOMBA!. “When the company got to perform, I tell you, it was just a revelation to us in so many ways. South Africa felt cellular to us, as an organization and as people.”

Gary Abbott, current associate artistic director and the choreographer of this year’s featured piece, “Parallel Lives” (2018), felt a similar connection to Durban and the festival. “For me, being an African American, the festival is about being connected with the homeland. Just feeling that connection. When I got off the plane, I felt like I had been there before. It felt like coming home.”

Former company dancer turned artistic director Nicole Clarke-Springer is no stranger to the importance of investing in connections. “We’ve toured internationally, but we don’t have that global presence," she said. "I think that this relationship with Lliane Loots, Flatfoot and JOMBA! will start to deepen a sort of presence in Durban.”

Clarke-Springer has high hopes for expanding their connection with South African companies. “What I think is most exciting is bringing South African artists here to Chicago.” That’s how DRDT got Fana Tshabalala’s piece “Indumba” (2017), which will make an excerpted appearance at this year’s JOMBA! Due to the COVID-19 pandemic, JOMBA! will be a digital festival for the first time in its 22-year history. “The great thing about Deeply Rooted is we are always looking for choreographic visions that are in alignment with us, but also take us to the next level. ‘Indumba’ did that for us.  That connection wouldn’t have been possible without JOMBA!”

In addition to Deeply Rooted’s commission of Tshabalala’s piece, they brought Flatfoot dancer Tshediso Kabulu to the United States to choreographer in collaboration with gospel singer Donald Lawrence. An excerpt of this work, called “Goshen,” premiered in fall 2019 in Chicago. It is a performance that embodies Lawrence’s newest full-length gospel album of the same name. Excerpts of the piece will be highlighted in Deeply Rooted’s festival performance on Aug. 26 at 19h00 SAST (12:00 p.m. CST).

“Donald spoke with us about how his album captures elements of not only traditional gospel, but also contemporary and hip-hop. He wanted that to be well-represented in the piece,” said Jeff of the collaboration. “We were trying to figure out who could bring that voice. We needed someone who could deal with hip-hop and particularly hip-hop influenced by a contemporary African perspective. And so, we thought of Tshediso.”

With the festival going virtual this year, Abbott sees the wider reach and increased accessibility as an advantage. “As scary as the COVID experience has been, I think this is going to create a time and a space for people to get to know different dance examples. With JOMBA! going virtual there will be more people watching it. It’s going to be out there—accessible to everybody. That’s what the big take away from this is going to be.”

A handful of companies from around the globe will perform over the coming two weeks. Deeply Rooted is a necessary voice in the mix. When asked to describe the company in one word, Jeff proposed the word “evolution” after a thoughtful pause. “Deeply Rooted is human evolution,” he said, “and everyone is part of that evolution.” Abbott selected “affirming” as his word. “The company affirms I am here for a reason. We are all here for a reason.” Yet it was Clarke-Springer's “love”' that captures the emotion, inspiration and power behind Deeply Rooted. “Evolution, affirming, love” not only sums up their company, but it complements this year’s adapted JOMBA! with striking sentimentality.

Deeply Rooted Dance Theater  DRDT contributes recordings of past performances of "Parallel Lives," "Indumba" and an excerpt from the full-length "Goshen" on the JOMBA! website, jomba.ukzn.ac.za. Showings are Aug. 26 at noon CST and Aug. 27 at 5 a.m. CST. 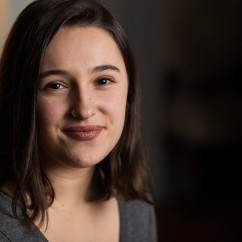