September launches the Fall season with a breath of fresh air,  festivals, series, and opportunities to experience innovative dance in ways you may never have imagined possible.

The continuation of SHareOUT! presented by Chicago Dancemakers Forum (7:30 PM, September 1st, Museum of Contemporary Art). SHareOUT!  is the MCA’s new mini-festival of works that have been developed in a year of research supported by Chicago Dancemakers Forum. Cofounded by the MCA, Links Hall, and the Dance Center of Columbia College, Chicago Dancemakers Forum is celebrating 15 years of supporting audacious and imaginative dancemakers. The closing weekend of SHareOUT! features two firsts: a dance work for a theater stage by Daniel “BRAVEMONK” Haywood, coartistic director of BraveSoul Movement and founding member of the internationally recognized breaking crew Phaze II Crosstown Crew, and the world debut of the Jazz Hoofing Quartet by tap artist Jumaane Taylor with Marlene Rosenberg (bass), Justin Dillard (piano), and Makaya McCraven (drums). *Teen Arts Pass Eligible 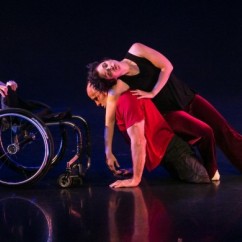 The Power of Integrated Dance MOMENTA  presents “Counter Balance: The Power of Integrated Dance (3 PM, September 9, The Center on Halsted), featuring performances by: MOMENTA, Wannapa P-Eubanks, and special guests, Cleveland’s Dancing Wheels and Israel's Vertigo-Power of Balance. On Saturday, September 8, Dancing Wheels will present an inclusive workshop and Wannapa P-Eubanks will lead a Butoh-inspired workshop.  Performance and workshops are wheelchair accessible. ASL interpretation will be provided. 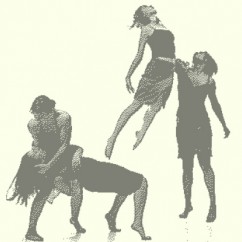 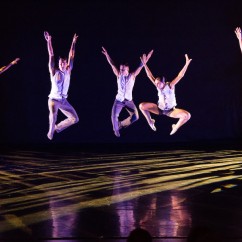 Harvest Chicago Dance festival Harvest Chicago Contemporary Dance Festival (HCCDF) celebrates its 9th anniversary (8 PM, September 21-29, Ruth Page Center for the Arts).  HCCDF's mission is to celebrate the work of practicing contemporary dance artists.  Over two weekends in September, sixteen dance companies from around Chicago and across the country meet for a series of dynamic, innovative performances. Audiences will see a different lineup of contemporary dance companies each weekend, with the same program offered both Friday and Saturday nights. *Teen Arts Pass Eligible 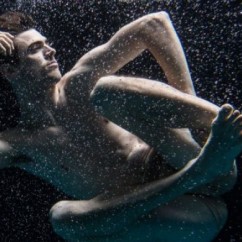 Wisconsin-based choreographer Marlene Skog will present her second contemporary ballet concert  “Consider It Not So Deeply” (2:30 PM, September 1st, Ruth Page Center). The evening-length work explores the conflicting layers of the female psyche in Shakespeare’s women through Skog's choreography, Shakespeare's theatrical prose, and original sound, designed by Matan Rubinstein and Timothy Russell. The concert features a lively 60 minutes of evocative contemporary movement accompanied by both original music and that of Vivaldi, as well as spoken word. It includes a cast of 15 dance artists and one actor performing a mix of solo and ensemble works that "unearth the shifting roles and identity of females within Renaissance society, across cultures and throughout history," said Skog, an assistant professor of dance at the University of Wisconsin-Madison. *Teen Arts Pass Eligible 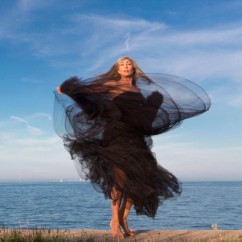 Conference of the Birds Award winning choreographer and recent 2018 Drama Desk nominee, Nejla Yatkin, returns home to Chicago to create Conference Of The Birds (5-7 PM, September 1-16, Caracol Gathering Space, Burnham Wildlife Corridor), bringing her signature process of building site-specific dances with local participants to Burnham Wildlife Corridor (BWC). The German-born choreographer’s promenade-style interactive dance performance moves the audience along the lakefront from the Caracol Gathering Space to La Ronda Parakata Gathering Space in BWC. Local participants will guide the audience in an interactive and participatory movement practice inspired by bird flocking behavior to transform audience perceptions and engage with their environment in new and unexpected ways. Yatkin invites her audience into a place and time, exposing it, exploring it, penetrating it, and then transcending it through movement. Filmmaker and longtime collaborator, Enki Andrews, will be documenting participants’ experience of transformation throughout the process. The material developed through these workshops and explorations of the lakefront environment will inform and inspire the final dance as well as a short-form documentary video. Free public performances will be held over three weekends on September 1, 2, 8, 9, 15, and 16.

Conference Of The Birds is presented as part of the Chicago Park District’s Night Out in the Park series. 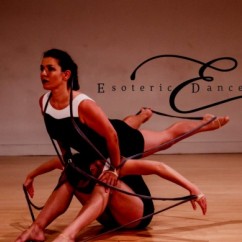 Corrolated Mediums Esoteric Dance Project opens its eighth season with Correlated Mediums  (7  PM, September 1-2 Links Hall) a weekend- long performance series featuring three world premieres; two crafted by Co-Artistic Directors Brenna Pierson-Tucker and Christopher Tucker and the third by this season’s recipient of EDP’s Choreography Mentoring Program, Francesca Baron. All three explorations delve into the individual choreographer’s curiosity of the relationship between music and movement, particularly investigating the interdependent aspects between the two crafts. Thoughts explored throughout this performance series include the formulaic patterns inherent in contemporary music, influences of separate scores and its effect on choreography and, through a collaboration with vocal artist Emilie Stanley, how music and voice can assist in sculpting a narrative. Esoteric Dance Project is thrilled to be continually growing its relationship with Links Hall and to celebrate their 40th Anniversary Season presenting with them! 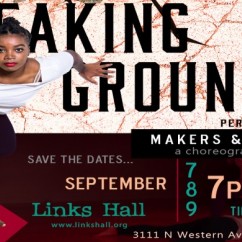 Breaking Grounds Performance Series Breaking Grounds Performance Series (7 PM, September 7-9, Links Hall), making its Links Hall debut, is a three-night performance series that encourages artistic perspective, collaboration, and creation for emerging choreographers in the field of dance. Breaking Grounds introduces fresh artwork to audiences that enjoy seeing different perspectives of a shared theme performed in the same space. For three nights, choreographic works will be shown that display a two-part creative process; one choreographer MAKES a work and their partner choreographer WRECKS their work. Prior to the show, the works will have already been completed for audiences to witness the final products of artistic collaboration.  Performers include Marceia Scruggs, Dina Liberatore, Bryonna Teverbaugh, Andrea Rivera, Destine Young, and Dedrick Gray.

IS/LAND (7 PM, September 13-14, Links Hall) is a collaborative comprised of Taiwanese, Taiwanese-American, and Chinese-American artists. IS/LAND: That We Walk contends that we continue to walk, building our hope for a future narrative and a stronger sense of self; exploring how we might answer questions of separation/autonomy, identity, and belonging. Burrow, Tousle is comprised of two improvised solos existing, meeting, and colliding in the same space; unearthing what it looks and feels like to be at home. *Chien-An Yuan has composed music for many shows at Links Hall including, “Yolk,” “Cairn and Cloud IV,” as well as performing at Links Hall in 2007. Chih-Hsien Lin was a 2017 resident artist.

In Self-Centered (7 PM, September 15, Links Hall), dance artists Gloria Mwez (Untitled Project) and Kate O’Hanlon (The Modern Marvels Dance Company) individually investigate topics of a personal nature to create a performance centered on the self. Gloria captures the memories of her years living in Chicago, while Kate explores the intricacies of her Myers-Briggs personality type, INFJ. *Gloria Mwez first performed her own work at  Links Hall’s THAW X in 2016; this will the debut of Kate O’Hanlon’s choreography at Links.

Bellow: Gathering, Claiming…( 7:30PM, September 16, Links Hall) robustly examines the intersections of identity, agency, and past existences that unshakably influence our present and future being. Audiences are invited to become part of this journey as they witness exquisite, yet jarring navigation of individualized and intersecting journeys. *This is Marceia Scruggs’ debut of her own choreography at Links Hall after first dancing here in 2018’s  “Lather. Rinse. Repeat”. Noelle Awadallah performed in 2017’s THAWALLS at Navy Pier. 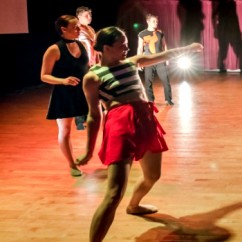 Inside/Out Cerqua Rivera Dance Theatre presents Inside/Out (7 PM, September 20, Fine Arts Building) the company’s annual series inviting you INSIDE the creative process. Experience works in progress and shape them with your feedback and input. September's event presents "The Process Takes a Lifetime," by Pharez Whitted, Jazz Director of the Chicago Youth Symphony Orchestras, and Joshua L Ishmon, CRDT 2018 Choreography Fellow and the Chicago Reader's 2017 Choreographer of the Year.Pharez and Joshua are exploring how we become who we are - and how, in fact, we know what that means - as we navigate the complicated environment surrounding us. CRDT’s dance ensemble and members of its jazz band will perform the work in progress for you. You will hear from Pharez and Joshua, a new partnership between a Chicago jazz legend and a celebrated young choreographer. They'll share their inspiration, their partnership, and their creative process. You will play an important role too, sharing your thoughts and input about the themes and the art in the making. They may even improvise on the spot to incorporate your ideas!

The Long Arc (7 PM, September 20-23, Links Hall) encompasses the work of three artists— Emily Navarra (The Movement Kitchen), Anjal Chande (The Soham Dance Project) and Maya Odim (Community and Cosmos Dance Company)---searching & finding, molding and re-placing. "A Substance Displaced"— presented by artist Emily Navarra, focuses on the new iconic image of the economically insecure working mother. For the millions of women who live this way, the dream of having it all has morphed into just hanging on. By replacing what we are told about ourselves with who we really are, Emily re-places women in the global narrative. In "This Is How I Feel Today", Anjal Chande weaves movement improvisation, mundane humming, and a multitude of journal entries together to acknowledge, reflect upon, and feel the nuances of each day. Chande considers our contradictory experiences, and our privileges, convictions, and complicity, in a era that often demands we hold the mirror up to ourselves. And with the use of props, writing and movement, artist Maya Odim presents: "Reach, Bury, Catch, Move, Hold". Maya smuggles in the history while exploring rituals— and labor processes, amongst options to forget them. *Anjal Chande’s Soham Dance Project  premiered Pay No Mind at Links in 2014 and shared an early draft of “This Is How I Feel Today” in 2017’s Willing to Feel: Works in Progress. Emily and Maya are making their Links debuts. 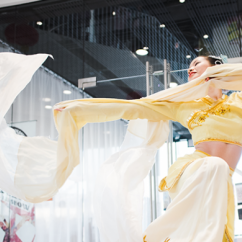 Yin He Dance Company (YHDC) bridges the past and present. Rooted in movement traditions found in Chinese culture, YHDC seeks to present works that feed the mind, body, and spirit of present day peoples while honoring those who came before. Founded in 2015 and under the direction of Angela Tam, YHDC hopes to preserve traditions while also pushing boundaries to propel Chinese dance into the future.

Ishti’s “Prakriti: A History of the Present” (7:30 PM, September 28-29, Indian Boundary Park)  is an exploration of how we, as humans, have arrived at our present-day climate. We seek to understand why we can be so unwilling to listen to views, beliefs or behaviors that are different from our own. This full-length multidisciplinary production is a collaboration of Ishti with original score and live music by composer Bob Garrett (percussion book for the world premiere of Sting's The Last Ship), visual art by filmmaker Shawn Convey (Among Wolves) and light design by Geoffrey Bushor. The choreography is rooted in Indian classical dance, Indian tribal and folk dance, the South Indian martial art form of Kalaripayattu, and Western modern/contemporary dance forms. Choreographers Kinnari Vora and Preeti Veerlapati use movements inspired by daily life routines, nature, primal movements, and experiments with fabrics and sound effects. Ishti collaborators, Kinnari Vora and Preeti Veerlapati leverage their mixed upbringings, experiences, and dance trainings in Indian and Western styles. They strive to create work on topics that are both relevant and accessible to their communities and to explore and experiment with movement and interdisciplinary collaborations.

For Details and Tickets, go to SeeChicagoDance.com, and click on “See Dance.”

Marlene Skog Dance: Consider It Not So Deeply.

Conference Of The Birds by Nejla Yatkin performance

InsideOut with Pharez and Joshua.jpg

Yin He Dance: Vice and Virtue

Ishti presents “Prakriti: A History of the Present”